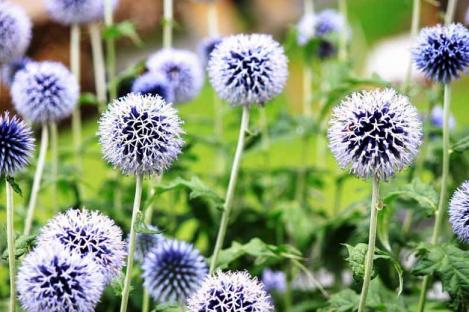 Most people smile when they see the big, spherical flowers of globe thistle. They’re visually-striking and just so cheerful. They’ve become a staple in arboretums or other garden settings.

The foliage is a bit weedlike in appearance until those giant globes of color appear. Leaves from this plant are a little prickly as they’re covered with a myriad of fine, stiff hairs. Like other thistles, they can be a little hard on the hands.

But the flowers make these large plants worthwhile, and so too does its drought tolerance. It’s very popular in areas like southern California where summer water levels are low. With just occasional watering, these can thrive where other plants don’t.

Let’s discuss the best ways to grow this herbaceous perennial today! With a little know-how, you’ll find this an easy and fun plant to grow.
Source: epicgardening